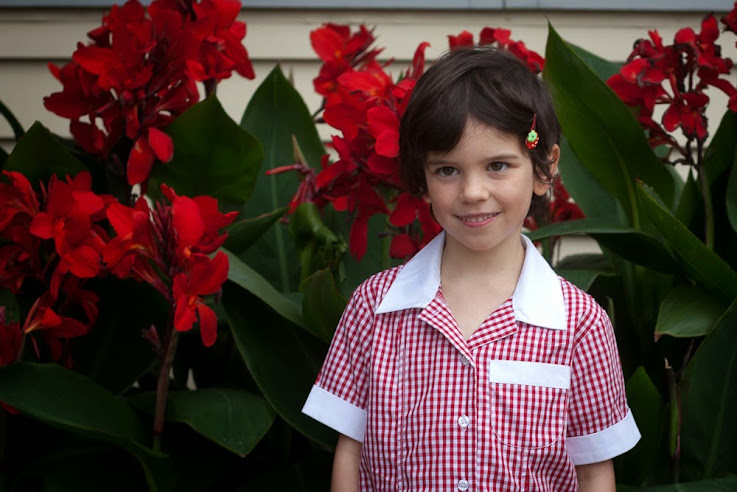 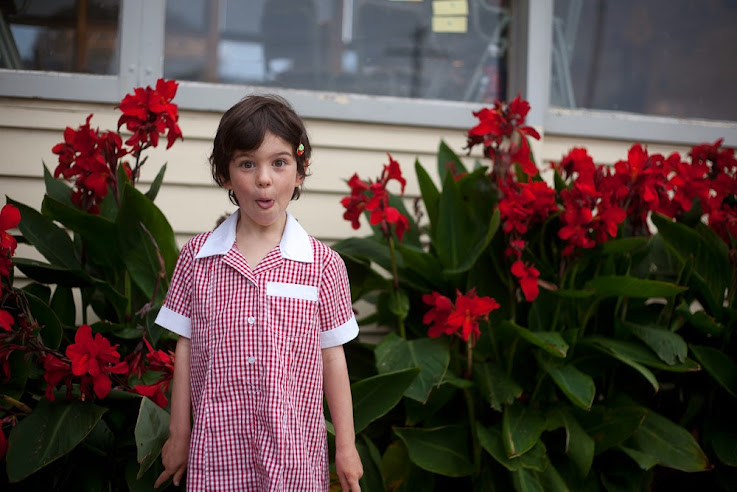 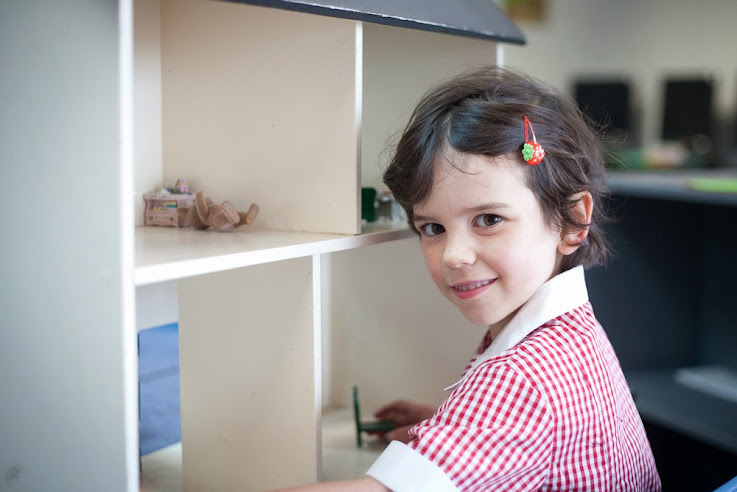 Minty had her first day of school today.  You would never guess from these photos but she had a bout of school refusal this morning!  I thought my only worry would be what to put in her lunch box but instead I had to negotiate the mine field of her emotional freak out!  She woke up with a phantom 'sore neck' and announced that she was excited about school, but sadly she thought because of her neck she'd have to skip today… and tomorrow… and probably all the days after that!!  Eventually we talked her back from the ledge and loaded our little deer in the headlights off to school.  Hopefully tomorrow will go a bit more smoothly!

In case there are any other first time school mum's obsessing over lunch box food as the last opportunity for control, here is a recipe for a super easy healthy cake (dairy free, egg free, sugar free)….

Soak the fruit in the juice overnight.
Mix in the flour.
Pour into a lined tin and bake for 50mins at 180C. 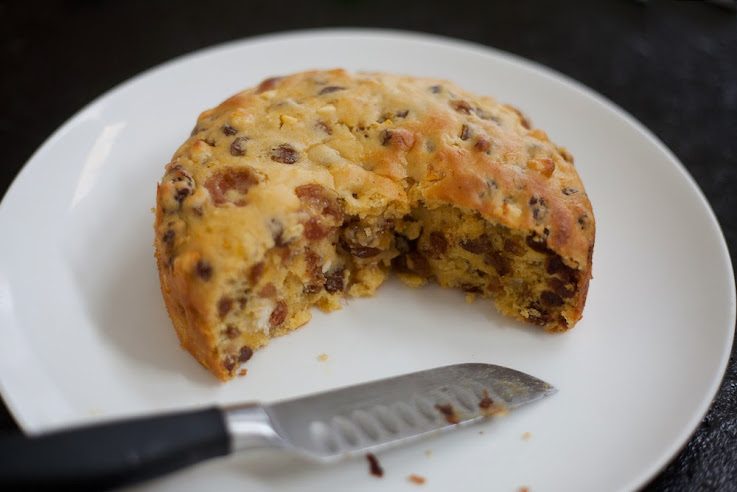 Super easy and surprisingly yummy.  Thanks Manu for the recipe!
Posted by Susan at 12:17 PM 3 comments 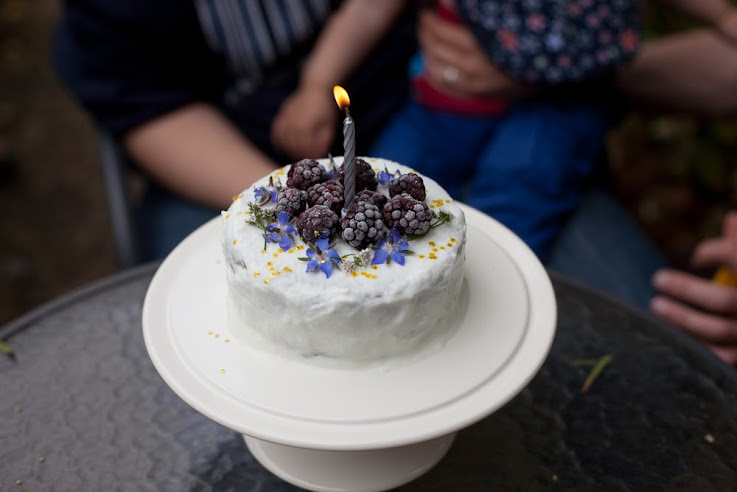 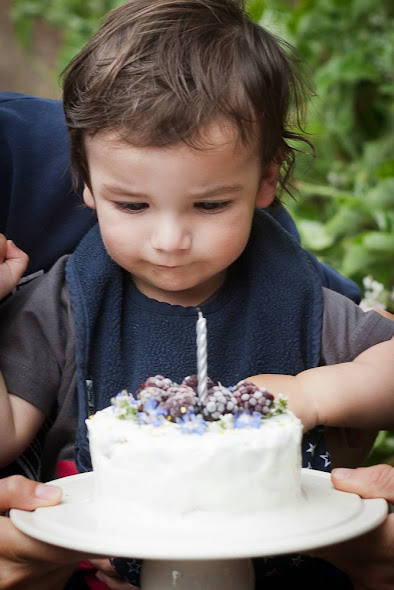 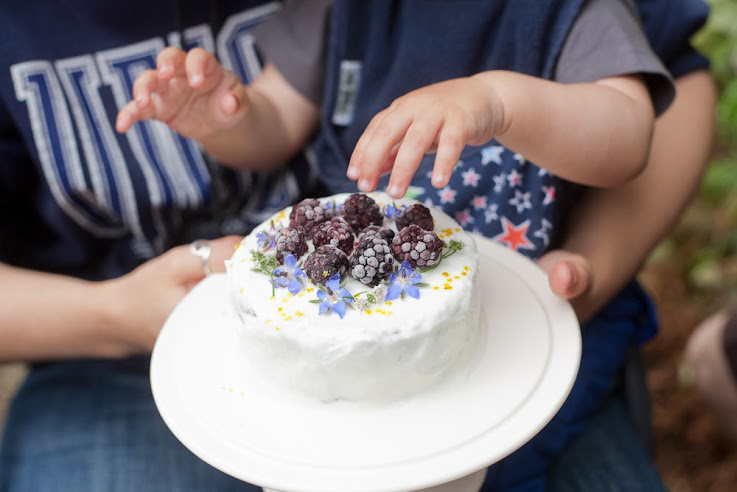 My precious little nephew turned one on the weekend.  All the extended family went back to the winery where we first celebrated his birth for a weekend of fun.

At the request of his parents, I made a sugar free, honey free, sweetener free, super healthy smash cake.  Apparently this is what all the cool hipster kids are having these days.  Sweet stuff is so 2008.

I used this recipe for carrot and date cake and then frosted it using plain greek yoghurt and decorated it with frozen blackberries, borage and coriander flowers and a light sprinkling of edible gold stars for a bit of whimsy.  The birthday boy seemed to love it but I'm not going to lie, there weren't too many takers from the hardened sugar addicts amongst us!!

The training wheels are off... 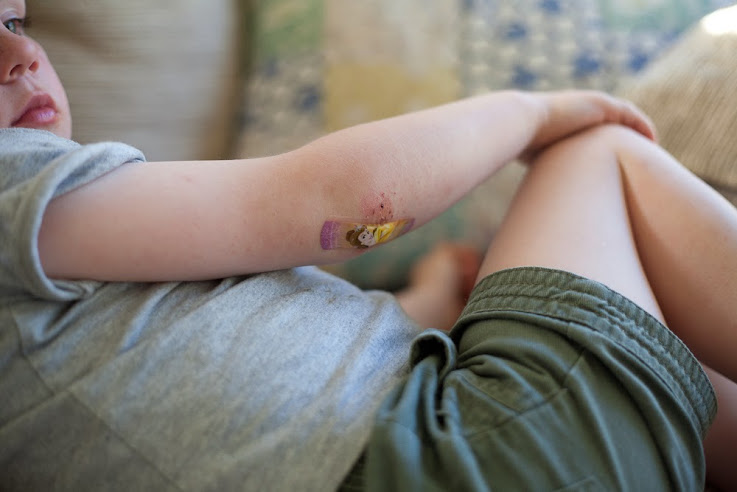 Everyone is smiling and laughing as we ride our bikes in the sunshine beside a crystal blue ocean.  If you added a boppy, uplifting soundtrack we could be on a commercial for bottled water or tampons… (although possibly not tampons since we are the wrong demographic and no one is wearing short shorts or a bikini).  Because everything is going so perfectly we ride further than usual, but with every meter we travel further from the house I am tempting disaster.

Suddenly it's less bottled water commercial and more Saving Private Ryan.  The smallest child has tumbled from his bike and scraped his elbow.  Nothing serious, but he is screaming inconsolably and stamping in a circle whilst flapping his arms. This strange chicken like dance is performed so that everyone will know he is certainly going to die… imminently.  I assess the wound, and assure him it's not that bad and everything is going to be fine, while internally panicking because everything is not going to be fine because we are a LONG way from home and I have to somehow get us back with this sobbing child in tow.

Now the sun seems oppressive rather than idyllic, and I realise we are all wearing way too many clothes.  The mix of sweat and blood acts like a barrel of burley thrown into shark infested waters and suddenly all the blow flies in a 20km radius are swarmed around us in a haze of black.

First I try my impression of a motivational sports coach, "hop back on that bike and ride home a champion"… this doesn't really work as the small child snivels between sobs, "what's a champion mummy?".  Then I try bribery, "if you can make it home you can have some jelly beans".  The number of jelly beans on offer steadily increases as the sobs continue.  In this manner we limp almost half way home, at which point the child decides even a truck load of jelly beans aren't worth it and gives up.  As he lies prostrate on someone's lawn, thoughts of putting my feet up at home with a cup of tea and One Hundred Years of Solitude flash before me, mirage like, tantalising yet unattainably just out of reach.  I am ashamed to say this is when I embrace my last motivational strategy… fear.  I absently note that the flies are 'eating' his wound.  Alarmed the child peels himself from the grass and examines his elbow with increasing horror.  "The only way to get rid of them is to ride fast enough so they won't be able to keep up."  The child is back on his bike and now I am Jillian Michaels on a bad day, "Peddle, peddle, peddle, balance!!', I bark as he weaves his way up the final hill.  For good measure I add, "…and if you make it home you can have a movie!" 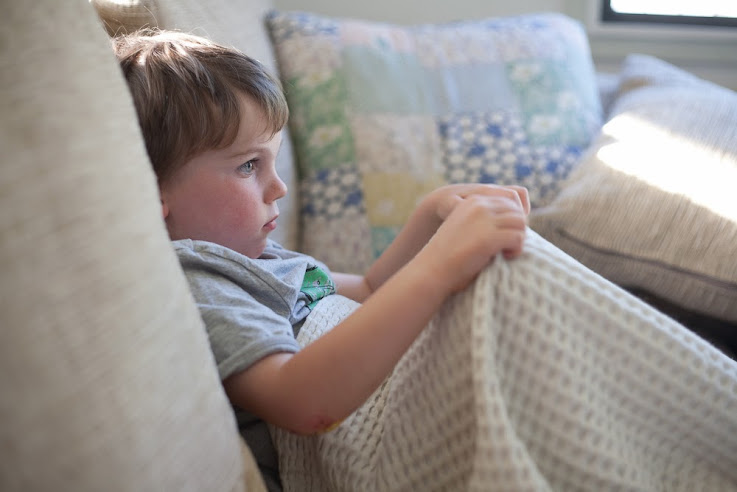 I know he looks broken here but never fear he was back up and nagging to go to the local BMX track an hour later so the event can't have been too scarring!
Posted by Susan at 7:51 PM 0 comments

What You Will... Twelfth Night celebrations 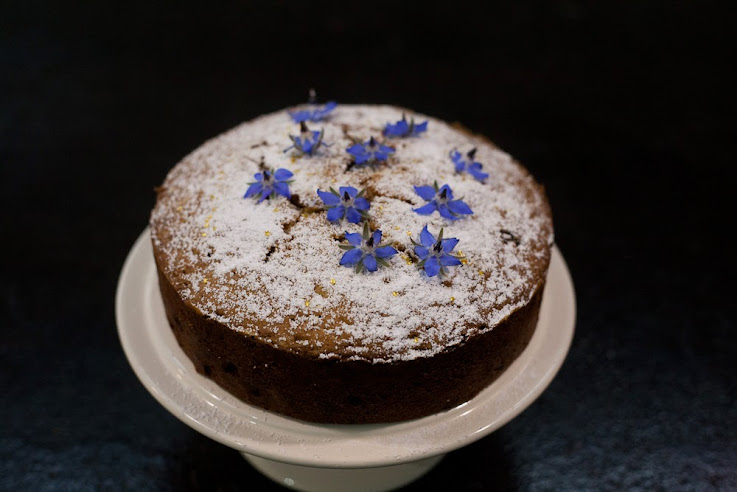 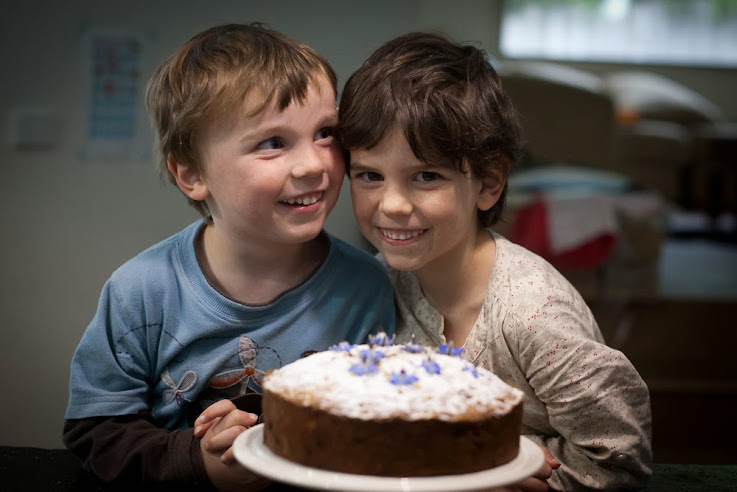 I just had to sneak in some quick photos of twelfth night.  Whenever I tell people we celebrate twelfth night they look at me blankly, as if we're celebrating some completely arbitrary day of the year… about as arbitrary as celebrating the 25th or 31st day of December, I say.  Twelfth night has been celebrated for centuries and what other holiday can boast a Shakespeare play written to be performed as part of the festivities?  (Incidentally, wouldn't Minty make a perfect Viola with her pixie hair cut?)

What I love most about twelfth night is the cake, with little treasures hidden inside to give you luck and decide your role for the day.  I made a traditional English style twelfth night cake this year.  Hidden inside the cake there was a...

-dried pea (or chickpea as was the case this year) = King
-dried bortolli bean = Queen
-dried cannelloni bean = Princess (a second 'princess' bean isn't really traditional but I wanted to increase the odds of finding something!)
-clove = villain
-twig = fool  (I used a twig from a rosemary plant so it wouldn't be too scary!)
-rag = the tart

Minty desperately wanted to be the fool this year and Turi wanted to be the villain, which I found amusing since I had always considered these to be the booby prizes! Alas it wasn't to be, the Mr. was this year's villain and our neighbour won the fool.  Minty scored the pea and was crowned King.  Poor little Turi found nothing so we had to tell him the borage flowers on top were good luck when eaten!!

Here is my twelfth night cake recipe.  I've changed the recipe pretty substantially from it's original source so I won't include it here (note the strange use of creme de cacao in lieu of brandy because we'd run out - it actually tasted pretty good!)…

Preheat oven to 150C.  Line 8inch tin with baking paper.  Cream the butter and sugar.  Mix in lightly beaten eggs and creme de cacao.  Sift flour and spices together, then mix into the wet ingredients.  Fold through the fruit and nuts along with dried pea, bean etc for luck.  Pour into tin and bake for 2 hours, 45 mins, covering with foil after the first hour. 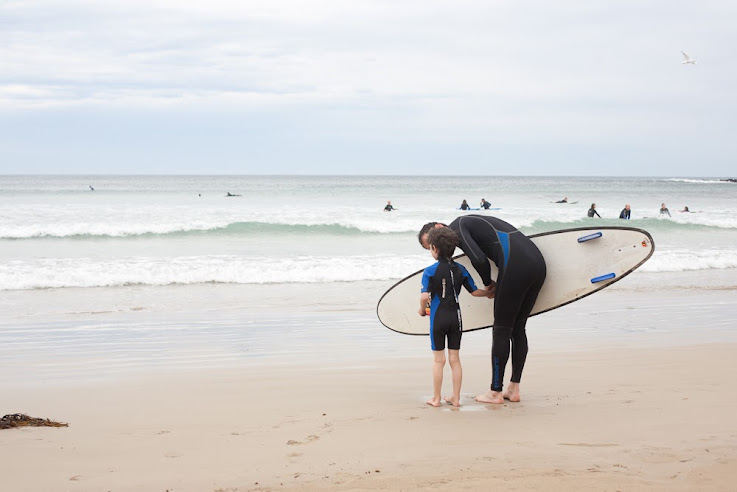 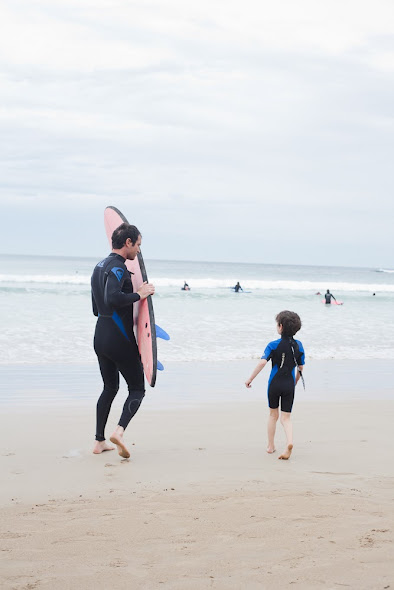 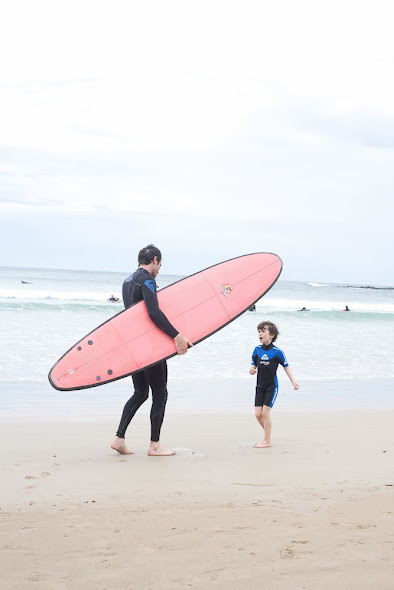 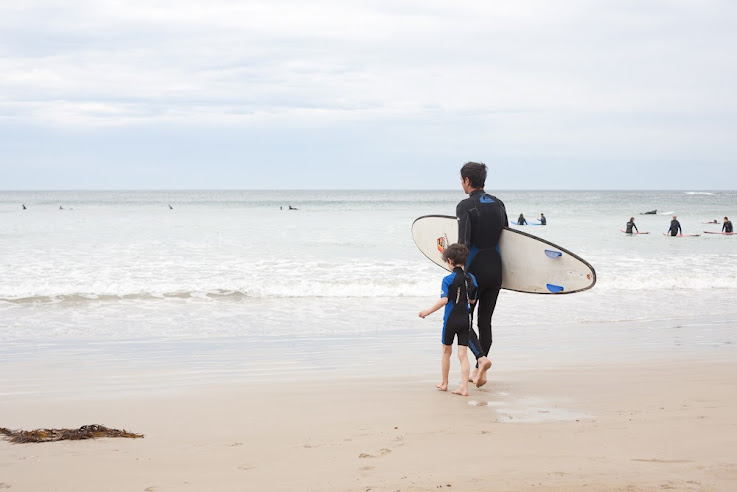 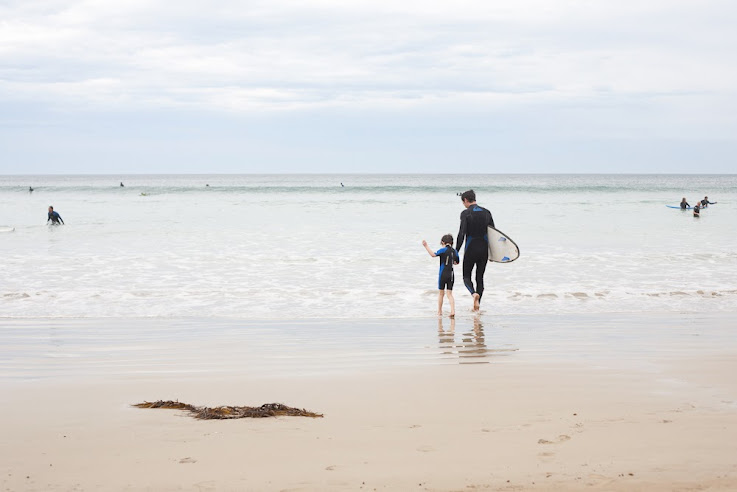 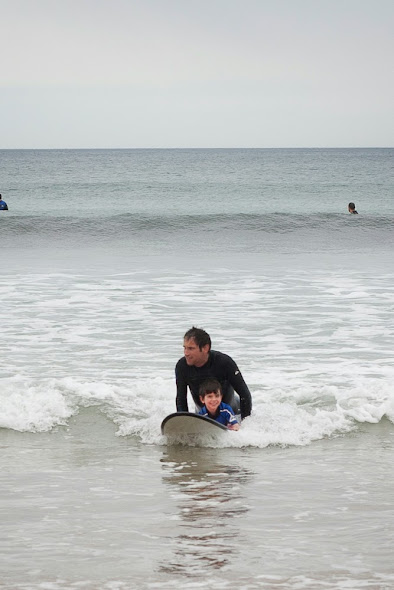 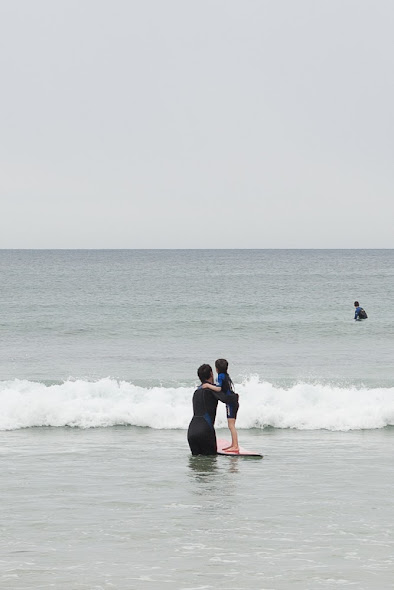 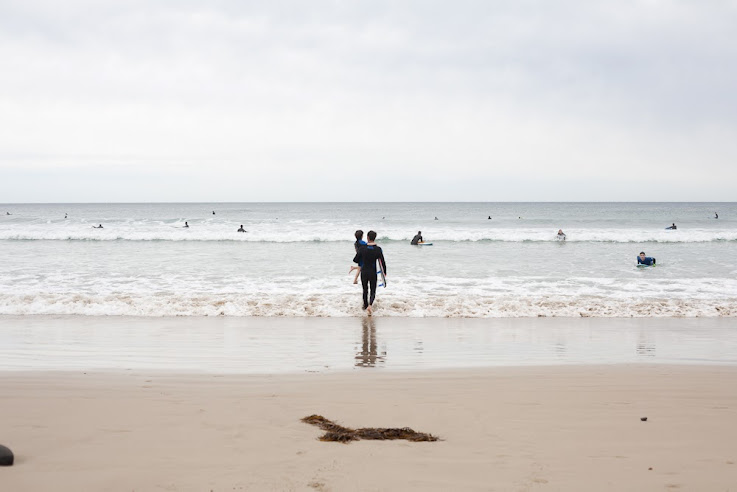 2014 is going to bring some big changes for us.  Minty is starting school, Turi will be at kinder 3 days a week and I will be working and/or studying.  Honestly the new year has filled me with a sense of panic and dread.  I feel like we're all living on borrowed time and we need to make the most of these last few weeks of freedom.
Just to make it clear, I realise both the kids are going to be completely fine and will probably love their new adventures, I'm just struggling with the fact that we are all starting to go off in different directions.  Spending the last few days reading Henry Handel Richardson's 'The Getting of Wisdom', certainly didn't help me warm to the idea of Minty going to school!!
So for the next four weeks I'm trying to pack in all the fun we can before the 'death' of entering formalised education!!!  Yesterday Mint went surfing with dad.  This morning I said to the Mr, "What meaningful life event can I pack into day 2 of our last 28 days of freedom?", his reply, a shrug "Almost 10% already gone".  He finds it amusing to alarm me.
Posted by Susan at 9:51 PM 1 comments