In which Turi discovers that caribou don't fly... 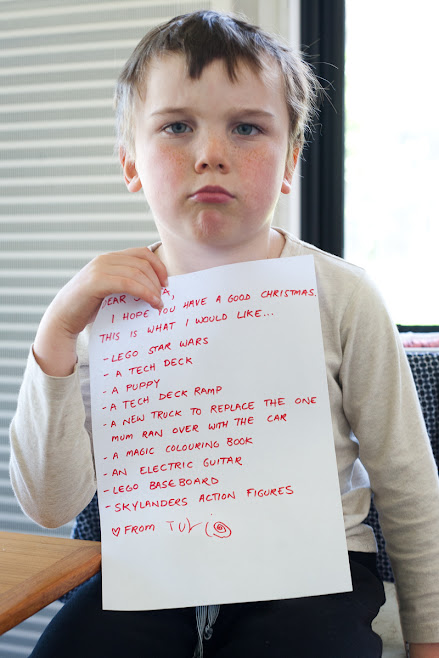 It's only the second of December but already Advent has been fraught.  Last night Turi announced he doesn't believe in Santa anymore.  Apparently it 'doesn't make any sense' that there could be such a thing as actual reindeer as well as magical ones, and if Santa doesn't live in space and the North Pole is a real place we should just be able to visit there and check it out.  Plus the whole 'visit everyone in one night' is apparently problematic.  The Elf on the Shelf also copped a barrage of criticism because he couldn't possibly be real since his hair doesn't move.  Hello, has he seen Osher Gunsberg?  The whole thing has shaken me to my core.  The kid is only just six.  Christmas magic should still be well and truly alive, not being crushed with a logic hammer.

Despite his crisis of faith Turi decided he would still place an 'order' with Santa (sometimes described as a letter by less demanding children).  Presumably he is hedging his bets.  The extremely grumpy face in the first picture occurred because I made him revise his list.  He is holding the original list in the second picture.  The crosses indicate items I told him he wasn't allowed to have.  Possibly a nicer mother would have left them on the list but I'd rather get the sad face over and done with now than save it for Christmas morning.

Minty took a logical, investigative approach to the issues raised by Turi's scepticism and requested 'more information' and photographic evidence of the elf in the workshop.  I sense some serious late night photoshopping in my future.  And possibly an even greater problem to solve before Christmas arrives: what the heck is a 'choochoo'??! 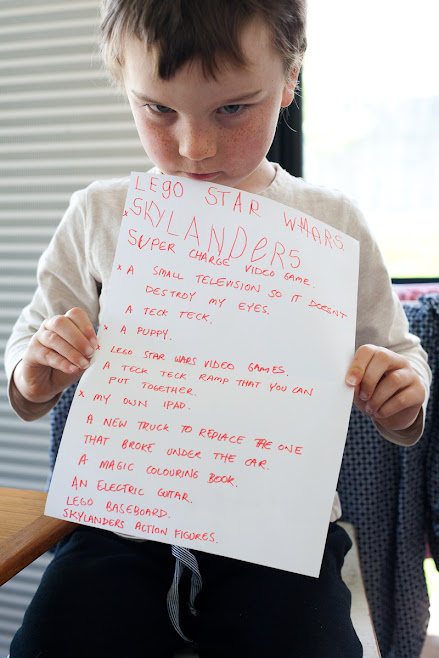 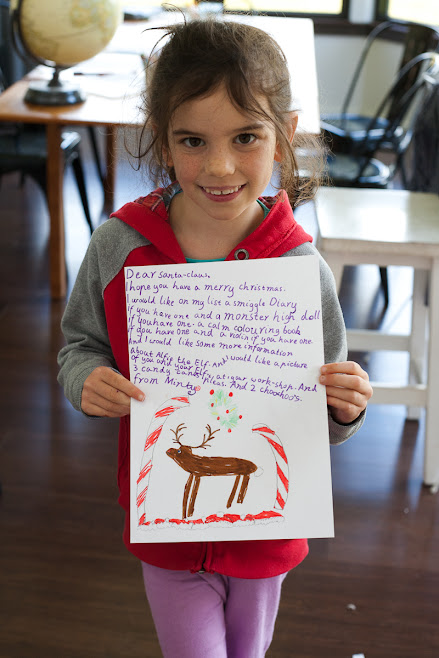 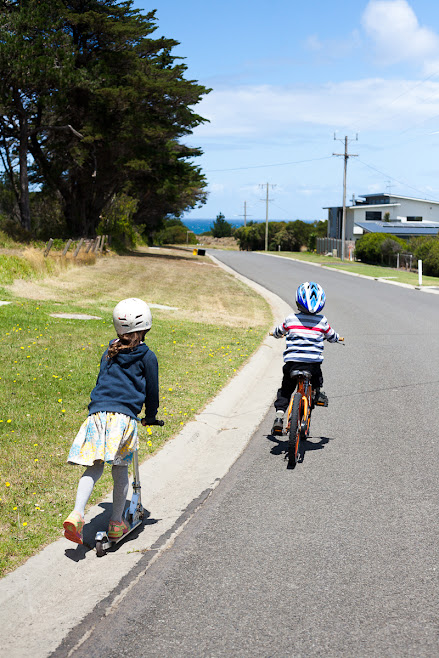 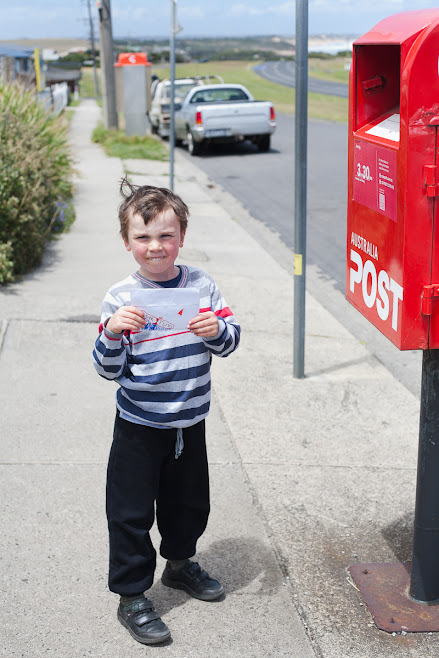 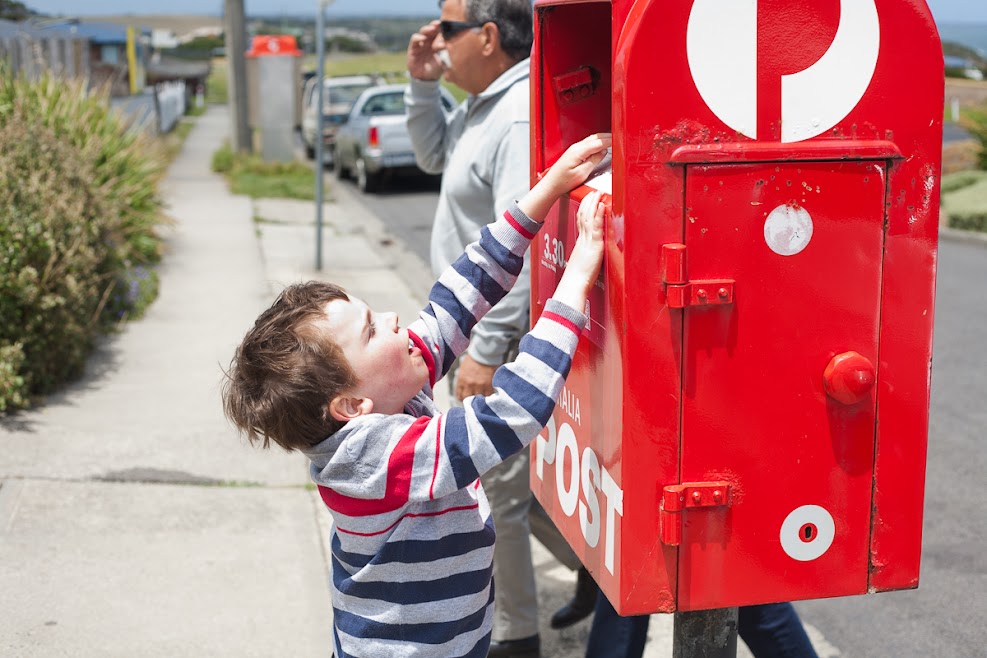 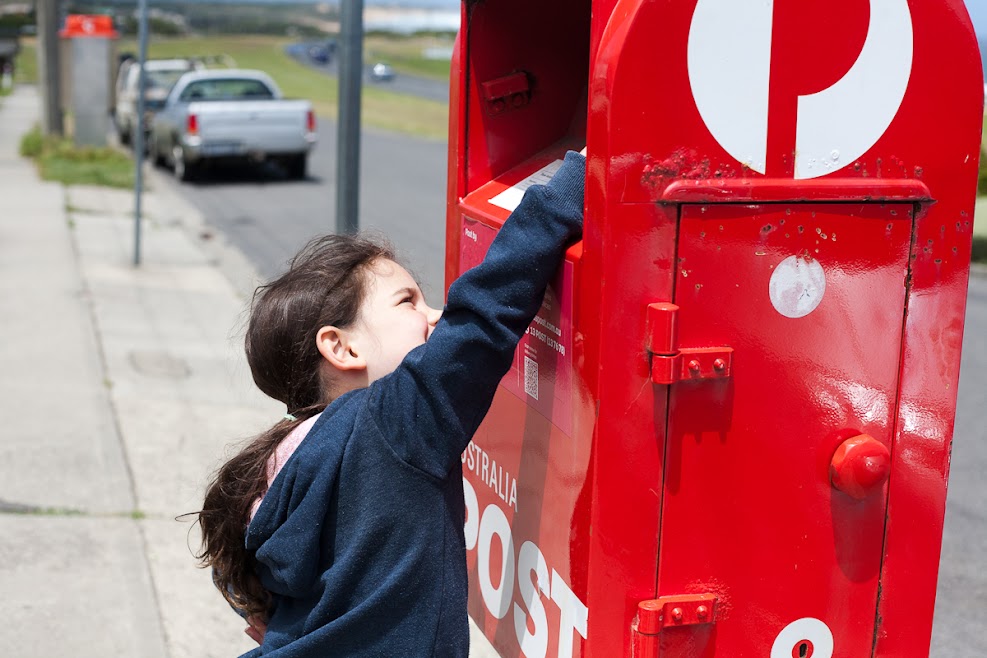